Our Board of Trustees is Help & Care’s governing body. It is formed by five members who volunteer their time to supervise and ensure the organisation is well managed, follows legal requirements, and operates with agreed policies and budget. 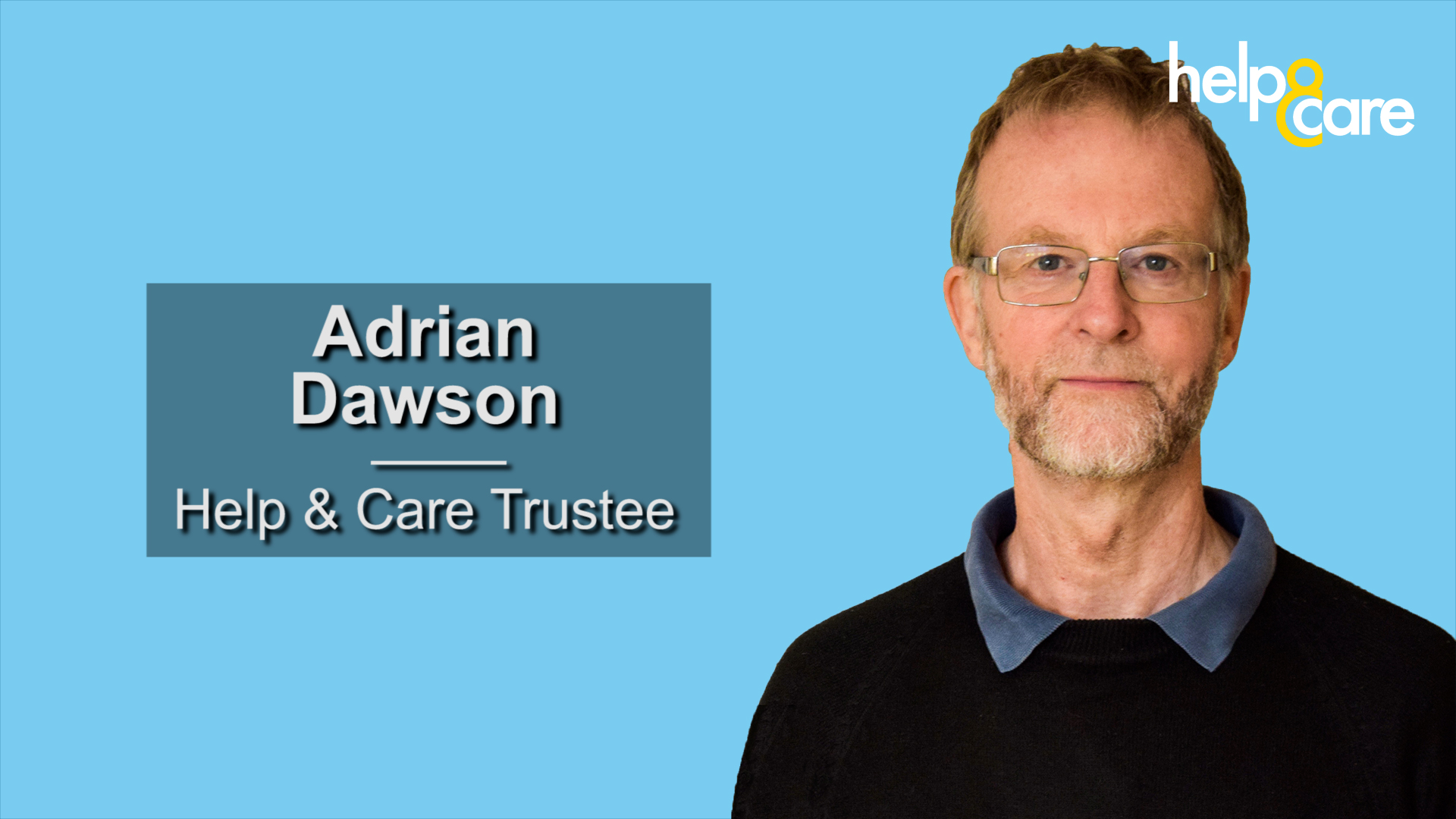 While working abroad for a small voluntary sector organisation he developed an interest in the health needs of populations and communities and began a career in public health.

He has worked at senior level in NHS Management in Dorset for many years, retiring in 2013.

He retains an interest in the use of research and evidence for promoting people's health. 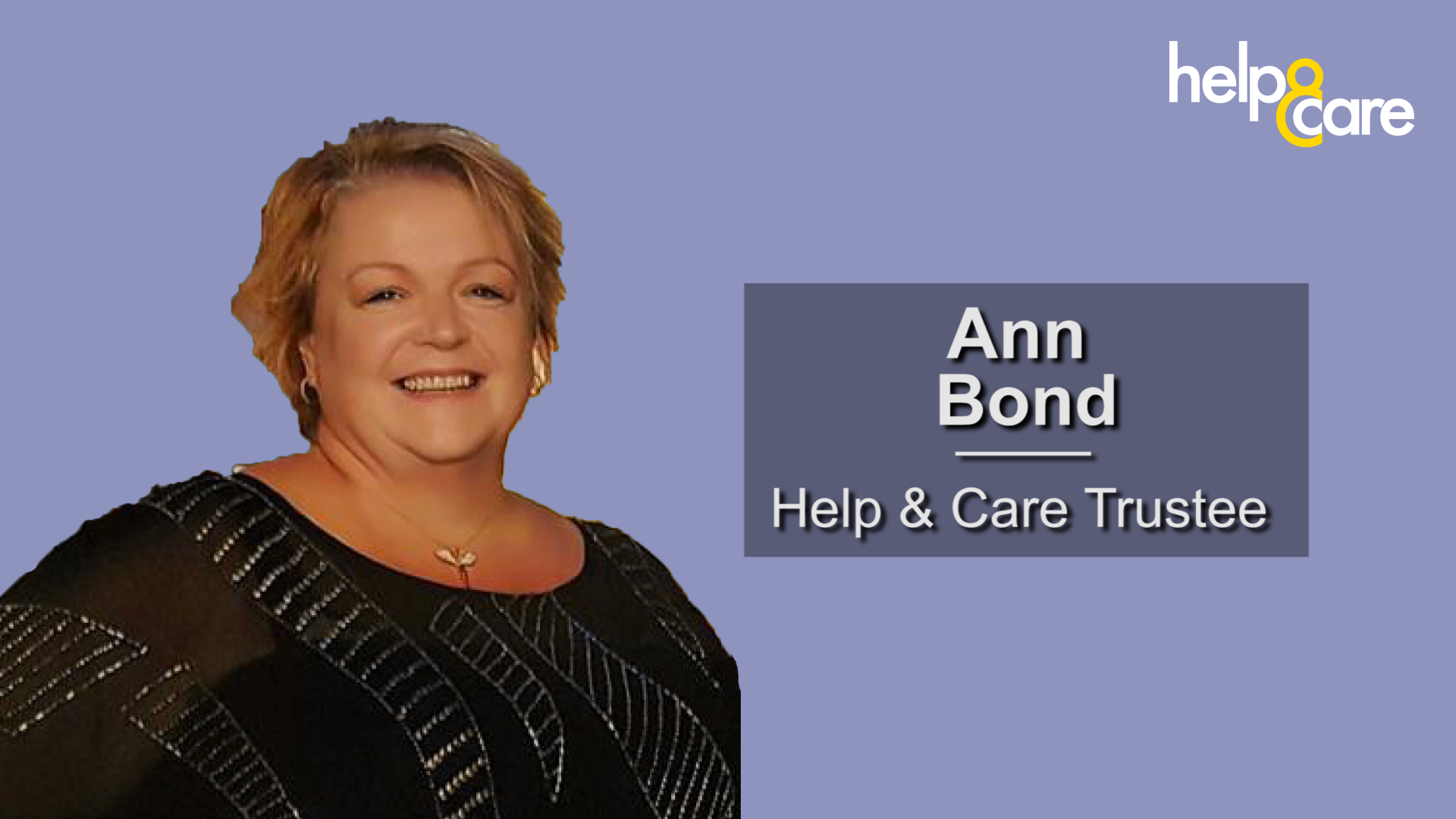 Ann is an experienced occupational therapist and strategic leader with 30 years  experience working across the voluntary and statutory sectors in health and social care . She has a proven track record in business transformation, quality improvement, innovation, performance management and team leadership.  Her career has been based around  London and the home counties and her decade as chief executive of a charity in London will provide valuable experience to draw upon in her trustee role.  She relocated to Hampshire a few years ago and  took up a role with Dorset CCG where she came into contact with Help & Care. 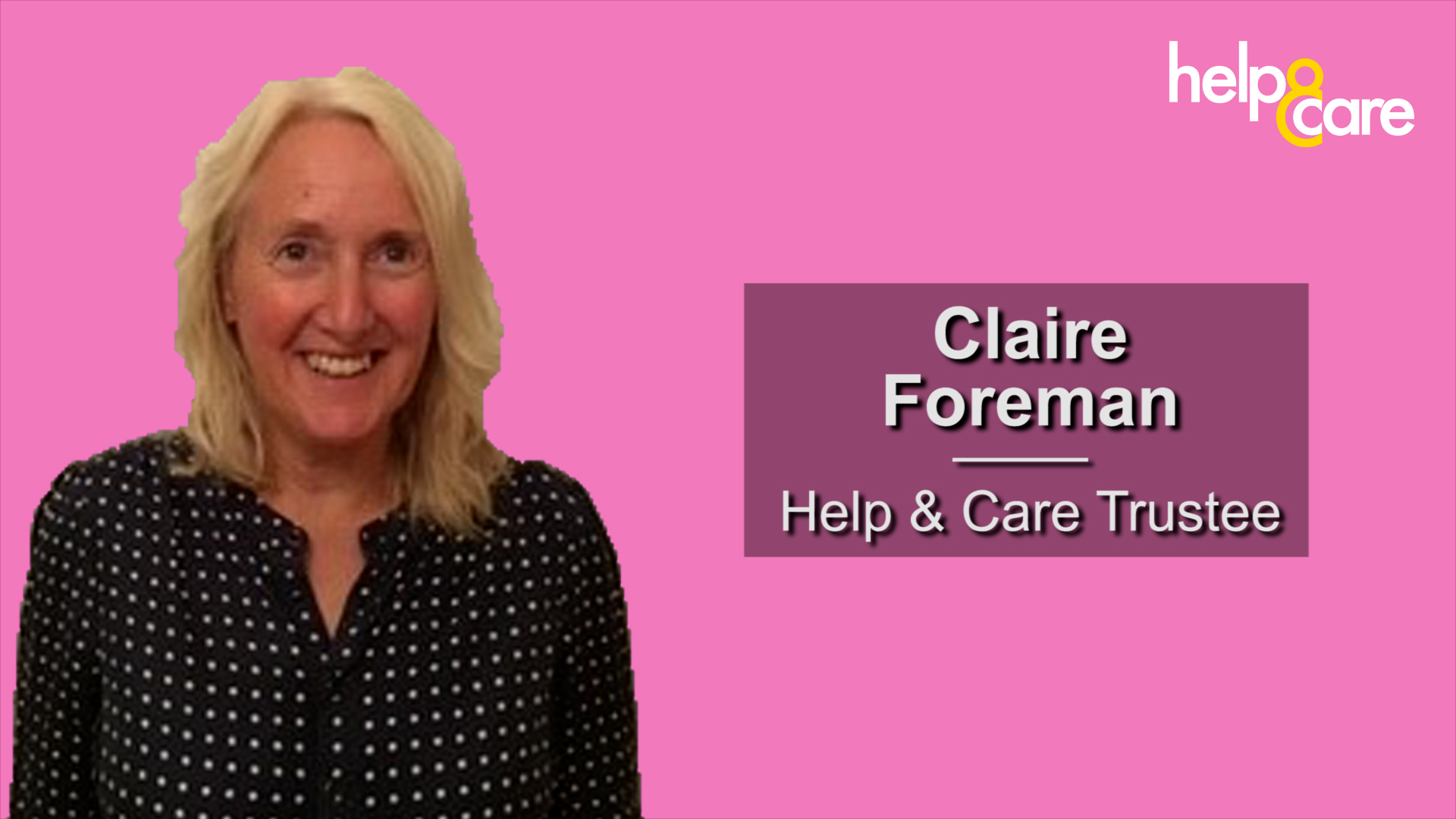 Claire’s career spans over 30 years working in the health and care sector in public, private and not for profit organisations . The roles she has held include Executive Director, and as a nationwide consultant. Assignments have often involved developing transformation strategies and making the money work. She has specific experience in safeguarding adults work as a safeguarding board Chair, a LGA professional adviser and being independently commissioned to undertake complex investigations.

She is currently exploring circularity and sustainability  in the health and social care economy. She likes to find time to get on her sailing boat or make music with her flute. 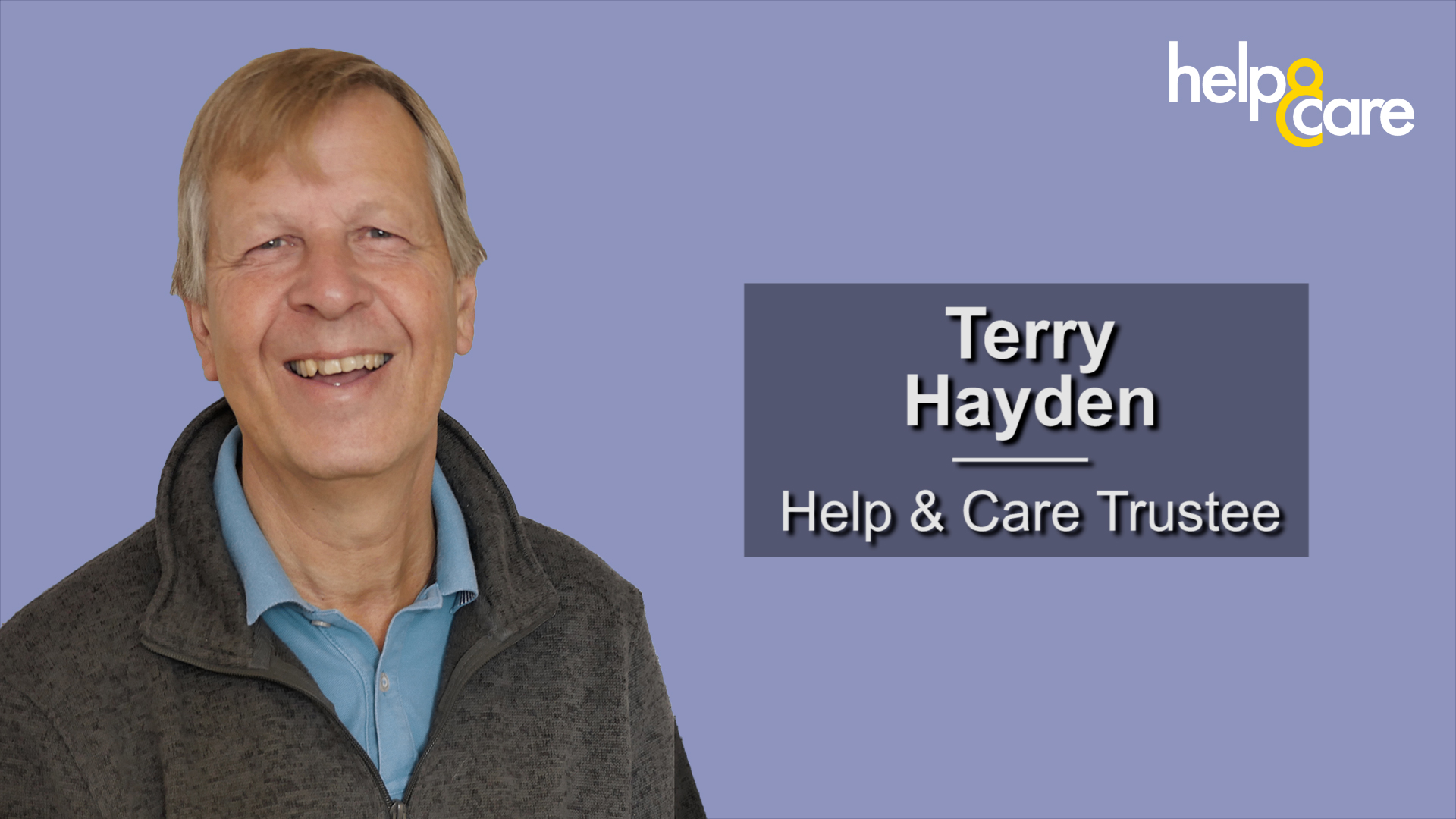 Terry has been an accountant for most of his professional life, and has worked for several large corporations before deciding to become a self-employed accountant, helping companies battle with new systems, regulations, and general management accounting challenges, on a part time basis. One such appointment was in fact at Help and Care!

He has also spent many years as a professional/semi-professional pianist, having passed grade 8 pianoforte and theory of music at the age of 14. He has played at many venues in the area, and also the Albert Hall, and the Royal Yacht.

His wife Anne is a retired GP, she was recently awarded an MBE for her services to the improvement of mental health in children. She also pioneered a local befriending service in conjunction with the volunteering charity WRVS to boost emotional well-being. 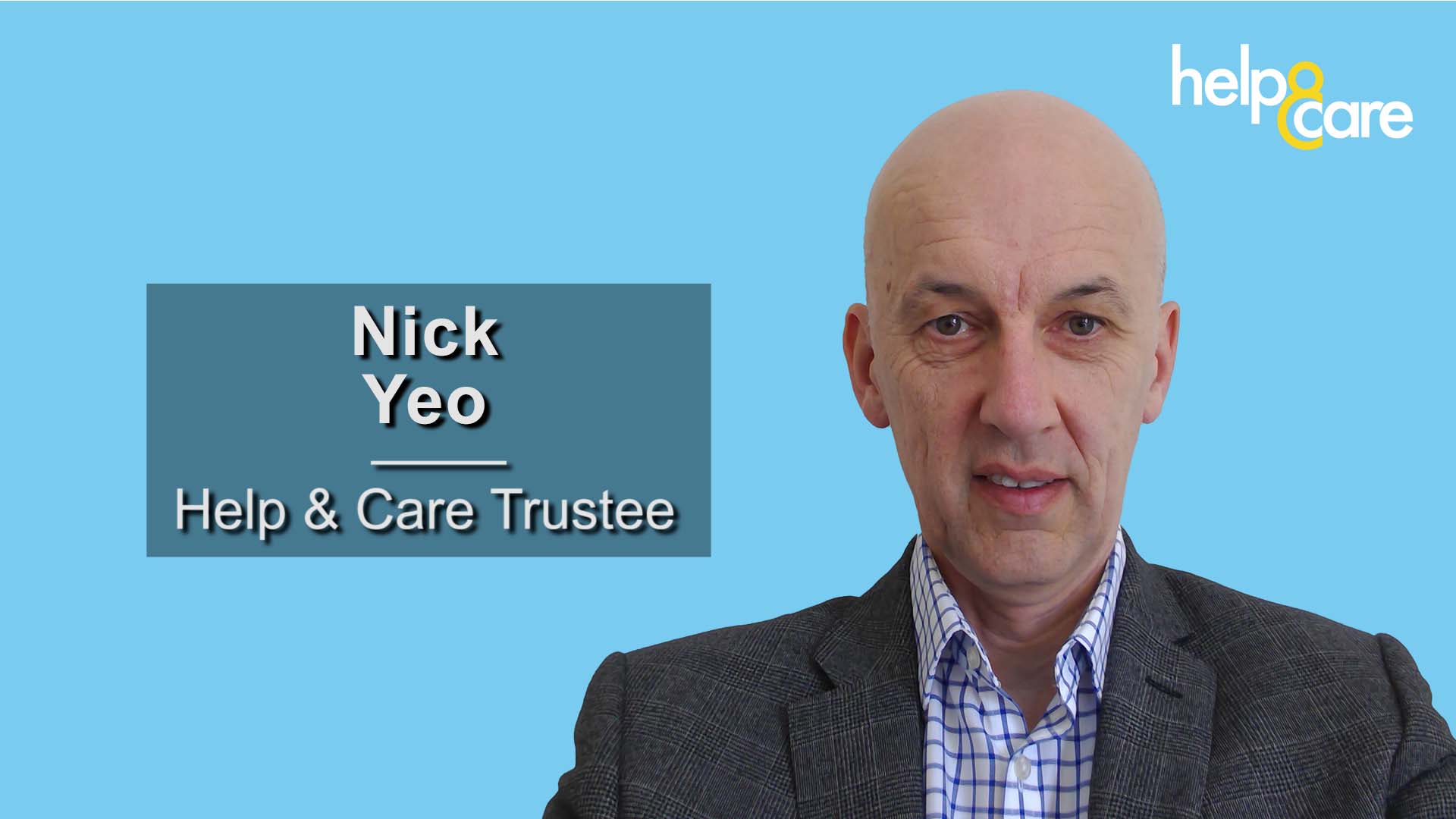 Nick Yeo started his NHS career in 1984 and worked as a Board Director in the NHS for over 17 years, most recently as a Non-Executive Director for Dorset Healthcare University NHS Foundation Trust. After leaving the NHS in 2019, Nick  retrained as a teacher in Further Education, completing his PGCE at the University of Portsmouth in July 2021. His work interests include governance and organisational development. Nick is a keen cyclist and walker.