We bid Farewell to The Pokesdown Centre

We're moving onto our next chapter and out of the Pokesdown Centre!

To celebrate our time in this beautiful building, we have collated some bits & pieces of historical interest.  Please browse through at your leisure and learn more about the fascinating history of this charming 19th Century building.

The Pokesdown Centre was originally 'Pokesdown Science, Art and Technical School' - The school was founded in 1897 and the dazzling building was erected in 1898. 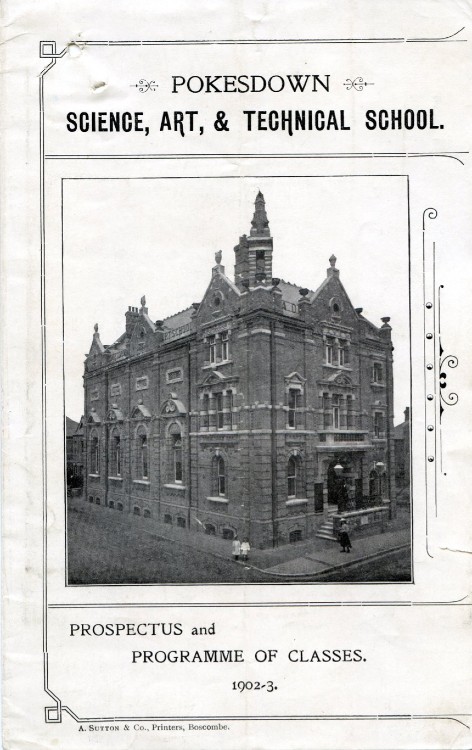 Encouraged by the success of classes, the Committee felt more ample accommodation was neccessary and made unofficial approaches to the District Council to see whether the Council would build the premises. The Council were unable to consider such a venture in view of its already existing commitments, and in these circumstances a number of local people undertook to erect a school.

A good site was obtained at Christchurch Road at the corner of Hannington Road, and on 5th July 1898 plans were prepared by the Boscombe architect Mr James Morley were approved

The foundation stone was laid on 14th September 1898 by Mr Abel Smith, the local member of parliament at a ceremony presided by Rev Dr Moore White, Vicar of St James, and chairman of the Organising Committee. This was followed by a reception at "Windmere", the home of Dr Dickie. 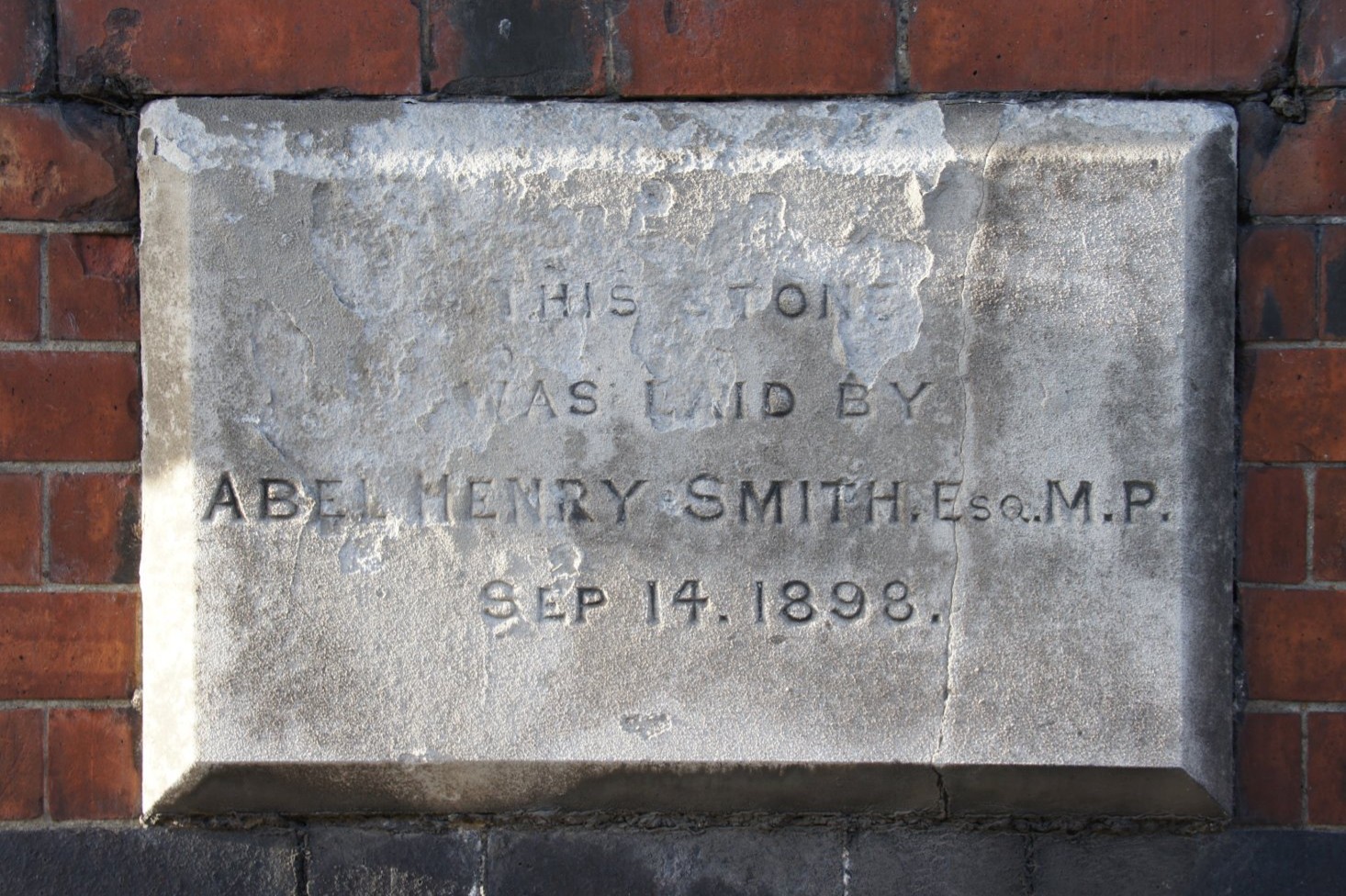 The building which cost £2400, had a frontage of 40 feet on Christchurch Road and a depth of 85 feet on Hannington Road. Construction was in Bridgewater brick, with blue Staffordshire brick and bath stone dressings.  In the basement there were three large rooms for kitchen, laundry, and carpentry and joinery. On the ground floor was a large hall, 60 feet by 30 feet; this was not to be part of the school, but was to be available for public use and also for University Extension Lectures. The first floor had a large art room over the hall, and two classrooms. the height of the building to the roof ridge was 54 feet.

When the Bournemouth Local Education Authority was formed in 1903, the Education Committee (EC) rented the premises for £100 a year, and continued the classes there until the opening of the Muncipal College at the Lansdowne in 1913.  The EC also established in the building a centre for cookery classes for girls from several local schools from 1908, and a similar centre for woodwork for the boys.

For a few months after the opening of the Muncipal College, the hall was used as a cinema under the name 'Clarence Cinema', but this use terminated in March 1915. The acommodation was also used for a clinic and for a time as a meals centre for necessitous children. During the earlier part of the second war from 1939, the National Society's Training College for Domestic Science was evacuated to Bournemouth and used the Pokesdown Technical School.  After the war, the Education Committee no longer needed the premises and the building became the property of the Bournemouth Health Committee, from whom it was absorbed into the National health service in 1948. It was used as a clinic and for many years the basement was used as a club for teenagers. 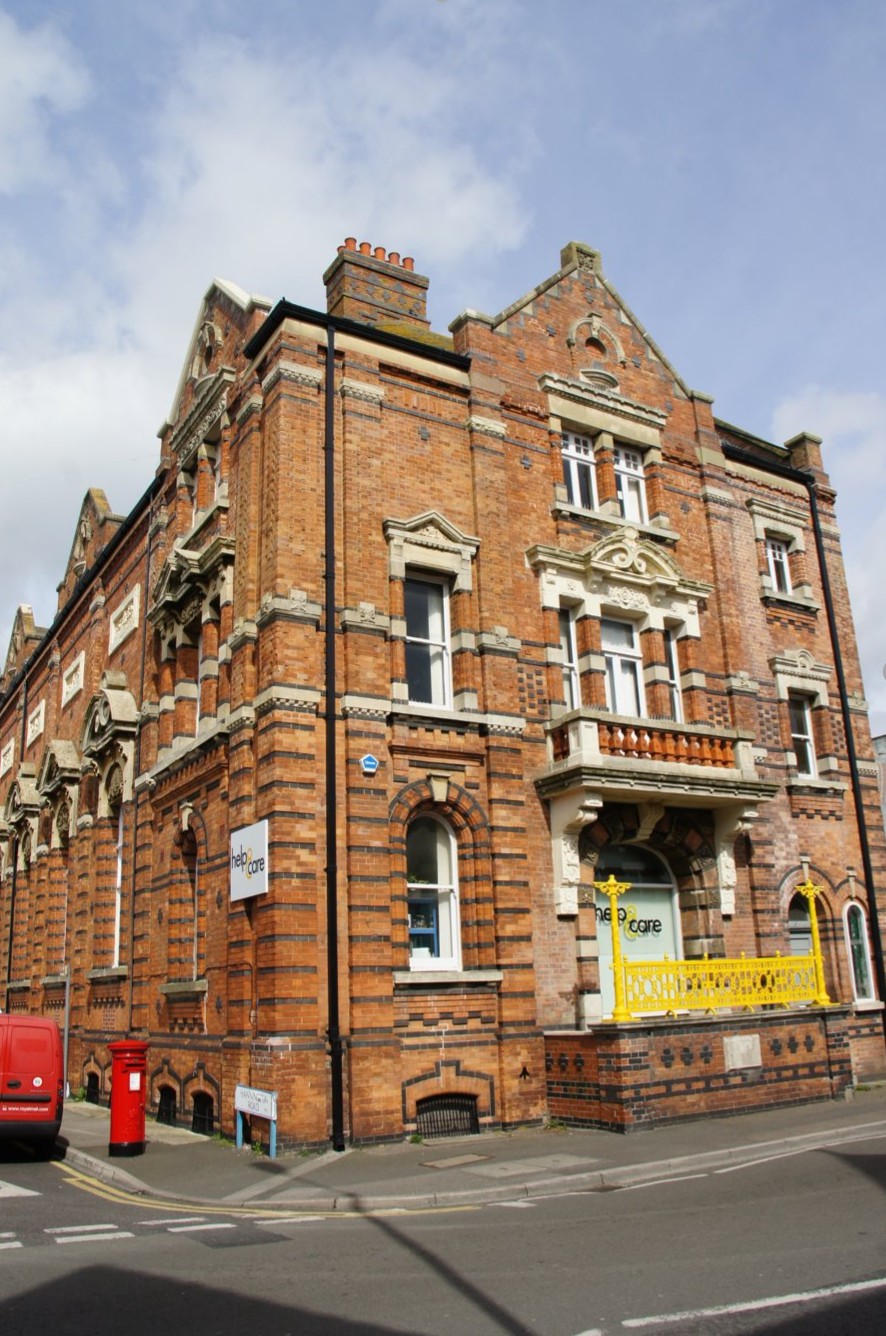 In 1985 Help & Care was formed as a short term project to develop community support in Bournemouth.

Help & Care moved to the former school in 1994. Despite its grandeur from the outside, the building was hugely damaged in the inside, and within a year the roof collapsed.

In 1996 Help and Care purchased the building with the support from the National Lottery and Charitable Trusts. Extensive repairs and adaptation was undertaken to save the building.

In 1998 the newly renovated Help & Care building was opened by Paul Boateng, Under Secretary of State for Health.

When Help & Care moved into the Pokesdown Centre in 1994 it employed 11 staff.  As they secure the sale in April 2021 the organisation now employs 150 staff and is supporting people and communities across Southern England.

The Pokesdown Centre has been a home that has overseen the organisations growth and development.  At many times in the last 27 years it has been the asset and base that has seen the organisation weather turbulent times.  Help & Care is proud to be part of the Pokesdown community and many of our staff based there live locally.  Help & Care hope that they have been good custodians of this magnificent building and that it will continue to be a landmark for many years to come.

Help & Care goes from strength to strength and the sale of the Pokesdown Centre, whilst emotional, is just another stage in the journey so we can focus on doing more for people and communities and continue to be an integral part of wherever local is.